The economic growth and inflationary pressures of the US $1.9 trillion fiscal stimulus plan are stimulating investors to continue to chase Bitcoin. 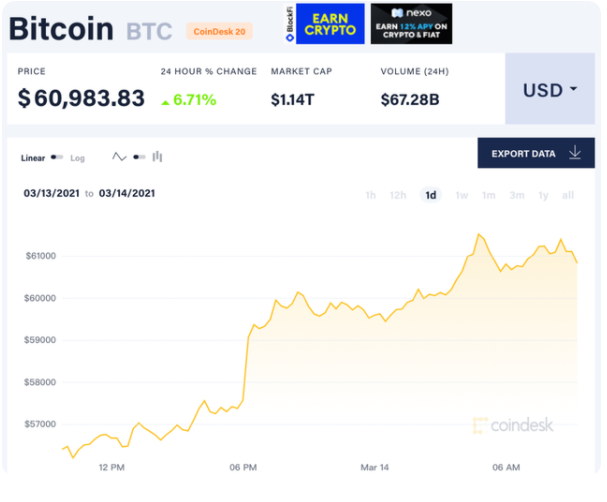 Du Jun, the co-founder of Huobi, told reporters that this time Bitcoin set a new record high, mainly based on four reasons:
First, the passage of the US$1.9 trillion fiscal stimulus plan has led the market to expect that the Federal Reserve and the US Treasury Department will further release US dollar liquidity, which greatly alleviates financial market investors’ concerns about the tightening of the Federal Reserve’s monetary policy. Therefore, US dollar liquidity continues to flood Under the circumstances that caused inflationary pressures to rise, the investment institutions that had left the market returned to Bitcoin again;
Second, market rumors that French parliamentarians signed a petition urging the Bank of France to buy Bitcoin, which stimulated the market’s enthusiasm for buying.
Third, institutions such as Microstrategy continue to purchase bitcoin, making the financial market feel that the attention and recognition of bitcoin by large companies is still increasing;
Fourth, the money-making effect brought about by Bitcoin’s rebound is driving new investors to flood the market for gold.
Many people in encrypted digital asset exchanges believe that although the price of Bitcoin continues to rise, investors need to pay close attention to the risk of high volatility in the price of Bitcoin. In the past month, after Bitcoin has repeatedly appeared at new highs, it has suddenly experienced a sharp correction trend, which has caused many high-leverage chasers to suddenly fall into the risk of liquidation. In addition, investors also need to pay close attention to the possible price manipulation risks of Bitcoin-due to the lack of liquidity in Bitcoin, any large Bitcoin player suddenly concentrated on selling off the position to make a profit and exit will trigger Bitcoin in a short time. Falling violently turbulent.
Wang Jinlong, founder and CEO of Haitou Global, told reporters that the current price of Bitcoin is quite volatile, and there are many high-leverage investor accounts bursting every day. Therefore, overall, it is still necessary to be cautious in chasing Bitcoin. In addition, investors should pay close attention to the movements of global central banks. As more and more central banks plan to issue their own digital currencies, will they bring a huge “crowding effect” to the application scenarios and application requirements of Bitcoin? May trigger a new round of valuation adjustments for Bitcoin.
Du Jun reminded that whether Bitcoin can continue to rise to new highs depends on whether the fundamentals of global capital flooding will change. However, it is foreseeable that the continued flood of global funds is not a sustainable state. If the continued global economic growth causes central banks to tighten monetary easing, the main reason for this round of support for Bitcoin’s rise may disappear. Therefore, investors need to pay close attention to changes in macroeconomic and monetary policies.